Look to the dark, hope for the light: Northern lights viewing may be prime tonight

For once, here's a storm that won't make you cold, uncomfortable, land a tree on your house or make you shovel anything. 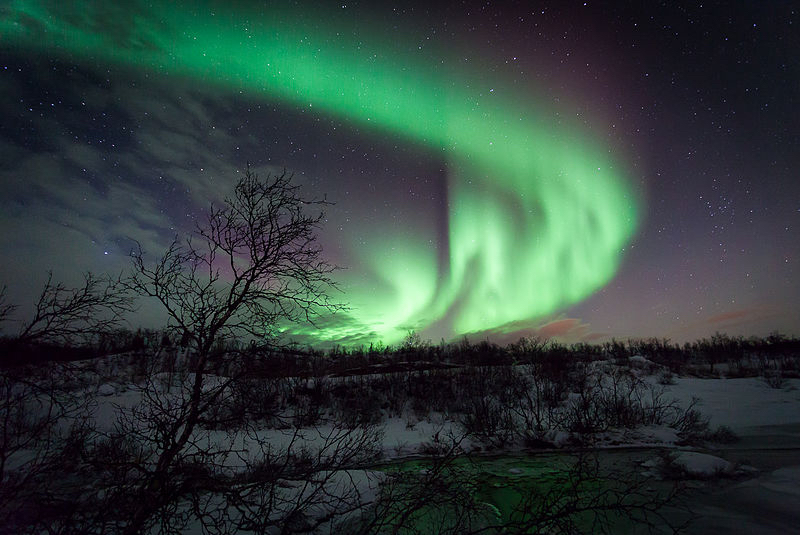 Norway, not Michigan, but we can always hope. (Photo: Wikipedia)

Instead, the "geomagnetic storm" forecast for Michigan over the next two nights might allow lucky people in non-light polluted parts of the state to see the aurora borealis, or Northern lights. The best time for viewing may be tonight.

Luckily, weather forecasts include clear skies this week, meaning splashes of reds and greens may be especially visible and even seen in the southern portion of Michigan also.

The geomagnetic storm was announced due to anticipated effects from an eruption in a sunspot that occurred Monday which then projects Coronal Mass Ejections, defined as "large expulsions of plasma and magnetic field from the Sun’s corona" by NOAA.