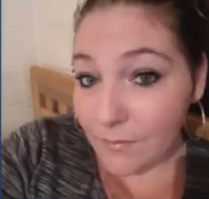 A man was arraigned Sunday in connection with a missing Livingston County woman who was found dead behind a home in the Rosedale Park neighborhood of nortrhwest Detroit.

Kayla Pierce, 29, a mother of two, had been reported missing since Nov. 24. Her body was found Thursday on Heyden Street, according to the Wayne County Prosecutor's Office.

Dowan Knighton, 47, was arrested that day and charged with mutilation of a dead body, concealing a death and evidence tampering.

He was arraigned Sunday and was being held on a $50,000 bond, a prosecutor's press release said. Authorities did not immediately disclose more details and explain why Knighton wasn't charged with the actual death.

A GoFundMe page is set up to help pay for a memorial and support Pierce's children, ages 3 and 10, who are being cared for by her mother.

A Feb. 25 probable cause hearing is scheduled in Detroit's 36th District Court.