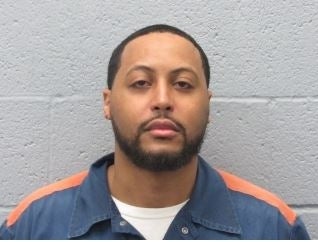 Kenneth Nixon, 34, who was sentenced in 2005 to life in prison for a double murder in a Detroit house firebombing, is going free because of serious flaws in his trial, including dubious testimony from a prison informant.

"Credible new evidence supports Nixon’s claim that he was not the person who firebombed the house on Charleston," the Wayne County Prosecutor's office said in a press release Wednesday.

A hearing is set for Thursday at 1 p.m. before Wayne County Circuit Judge Bruce Morrow, who is expected to grant a prosecution's request to vacate the charges. He is expected to be freed Thursday from Ionia Correctional Facility after the judge enters the order.

On May 19, 2005, shortly before midnight, someone tossed a Molotov cocktail into a house at 19420 Charleston St., killing a boy, 10, and girl, 1. The mother and her other children, including a 13-year-old son, were injured but survived.

Nixon and his girlfriend, LaToya Caulford, were charged with two counts of felony murder, one count of arson and four counts of attempted murder. Caulford was accused of driving Nixon to the house near Woodward and 7 MIle in an area known as Chaldean Town.

She was acquitted in a separate jury trial. Nixon, 18 at the time, was convicted and sentenced to two life terms without the possibility of parole.

One key issue, prosecutors said, was the inconsistencies in the testimony of two witnesses: the 13-year-old son and a jailhouse informant who said Nixon confessed behind bars.

The teen's testimony was flawed, and the informant said he had never seen media reports on the case, when in fact he had. He worked out a special deal with prosecutors in a seperate case.

A post-trial investigation by the prosecutor's Conviction Integrity Unit found: