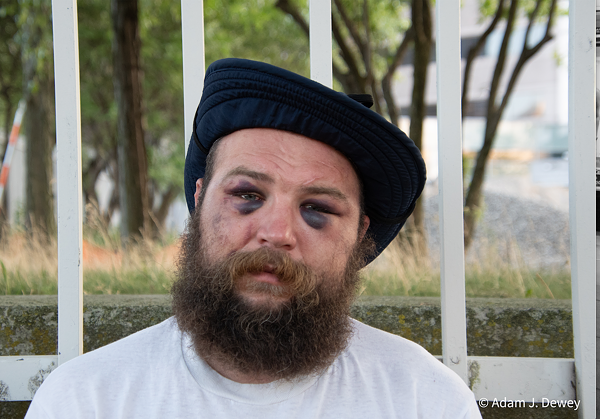 Kevin Kwart, a 35-year-old Oakland County resident, has filed a federal lawsuit against the city and five cops, alleging Detroit Police brutalized him while he tried to help peaceful protesters last August.

The lawsuit in U.S. District Court claims police violated Kevin Kwart’s civil rights by using “unnecessary and shocking excessive force” and arresting him without probable cause.

Kwart was walking his dog in downtown Detroit after an evening out with his girlfriend on Aug. 22 when he spotted police in riot gear preparing to advance on protesters who were rallying against the influx of federal agents. Kwart told protesters they could seek safety in the vestibule of his girlfriend’s apartment building.

He was not protesting and never left the sidewalk when an officer shoved him with a shield, according to the suit and surveillance video. As he retreated toward the apartment, officers tackled him and began punching and kicking him for about two minutes, surveillance video shows.

He was treated for an acute head injury, separated shoulder and facial abrasions. Charges of disorderly conduct, disobeying officers and blocking traffic were eventually dropped.