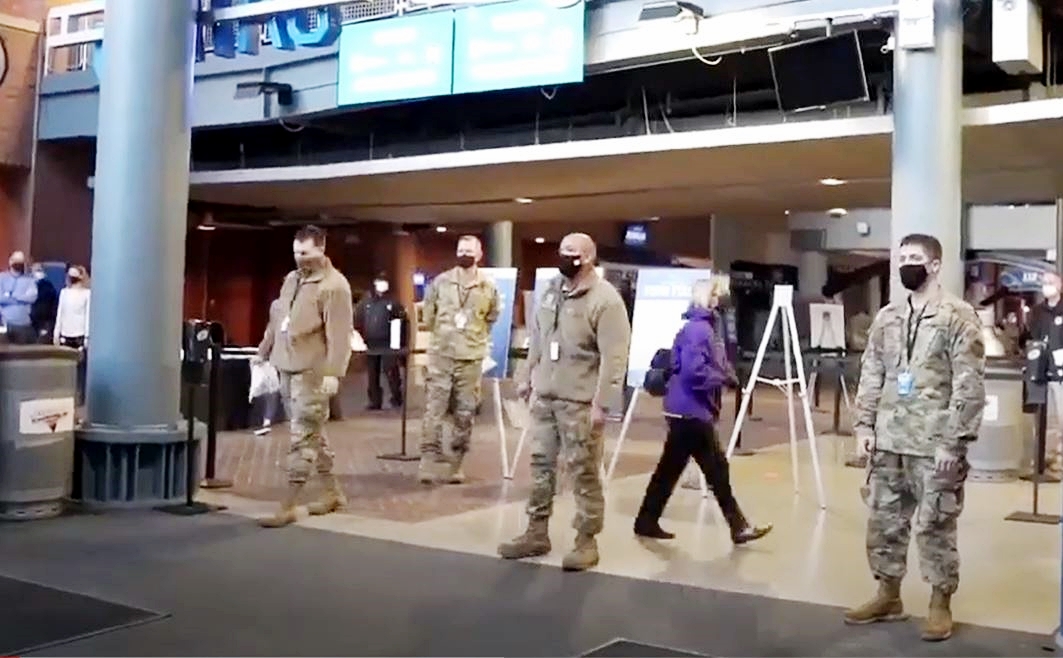 Despite the big push to get Detroiters the Covid vaccination, the majority of people getting shots at Ford Field are white suburbanites.

Since opening the stadium up for vaccines four weeks ago, Detroiters have received only 7.3 percent of the 124,087 shots, the Detroit Free Press reports:

When Ford Field opened in late March as Michigan's first federally operated mass vaccination clinic, health officials lauded it as a way to deliver coronavirus vaccines efficiently and equitably into the arms of people living in parts of the country that have been hardest hit by the virus.

Detroit, the nation's biggest majority Black city, was devastated by the virus, especially in the first three months of the pandemic, when its residents were sickened and died at a far higher rate than other Michiganders.

Tens of thousands of Detroit residents and workers also have been vaccinated by the city health department at TCF Center, the Northwest Activities Center, fire stations, police precincts, nursing homes and last week at neighborhood pop-up clinics. In all, 264,085 does have been given, the city's freshly updated data dashboard says Monday. No racial breakdowns are shown.