Up to 4 Inches of Snow Expected in Southeast Michigan 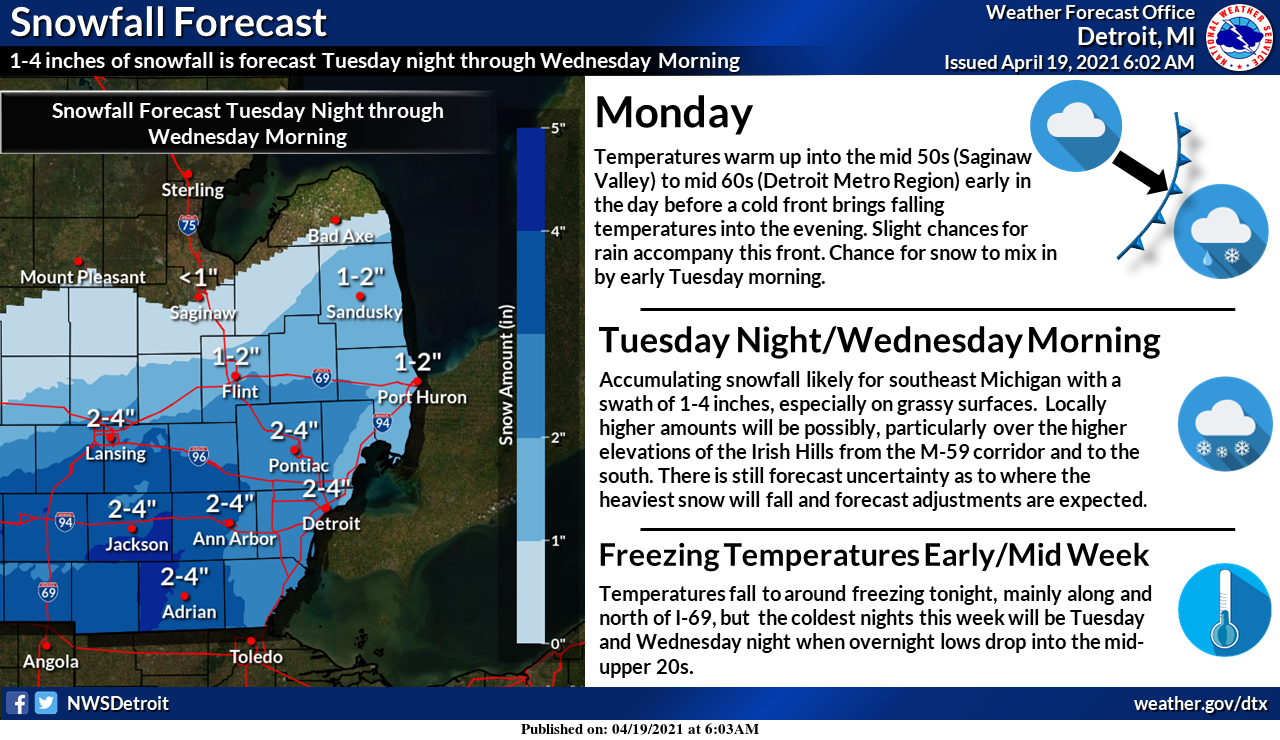 Snow can sometimes seem as out-of-season as someone wearing white pants after Labor Day. But both happen.

The National Weather Service predictrs up to four inches of snow in Southeast Michigan, starting Tuesday night and into Wednesday morning.

"There is still forecast uncertainty as to where the heaviest snow will fall," the service says.

"Accumulating snowfall likely for southeast Michigan with a swath of 2-4 inches, especially on grassy surfaces, up to about the I-69 corridor," it posts. "Locally higher amounts will be possibly, particularly over the higher elevations of the Irish Hills from M-59 corridor and to the south.

"A freeze warning will also be likely for much of Southeast Michigan on Tuesday night."

A separate post adds: "Southeast Michigan snow during late April and May is relatively uncommon, but certainly not unheard of." It list 10 dates when three to six inches fell during those spring months -- most recently 3.4 inches last April 17.