Paywall fail: Wojo writes about his Covid slip-up, but only Detroit News subscribers can see

Detroit News sports columnist Bob Wojnowski lost 14 pounds during a three-week recovery at home from Covid recenty, he writes Friday as a warning that "it will find you, if you let it."

Let this be a cautionary tale. ... It’s not over. Sorry folks, we're gonna have to play this to the end, no timeouts, no letting up, no looking back. It's not over until we make sure it's over, and that includes vaccines and continued vigilance.

If this sounds like preaching, it's not my intent. I’m just relating a story that many, many others have experienced, and maybe some can learn from.

Trouble is, that teachable story is for subscribers only. Others see just the headline.

More than a few frustrated nonsubscribers ask "Wojo" and his paper on social media why the public service column is locked away with a limited number of other posts. MLive reporter Edward Pevos of Novi tweets: "This story should not be paywalled. It can save lives. That’s a shame."

An echo comes from Phil DeChane of Royal Oak: "If this is so important, make it free."

Helpfully, Jackie Whybra of Highland, Mich., notes on Facebook that the full text is on Yahoo News. 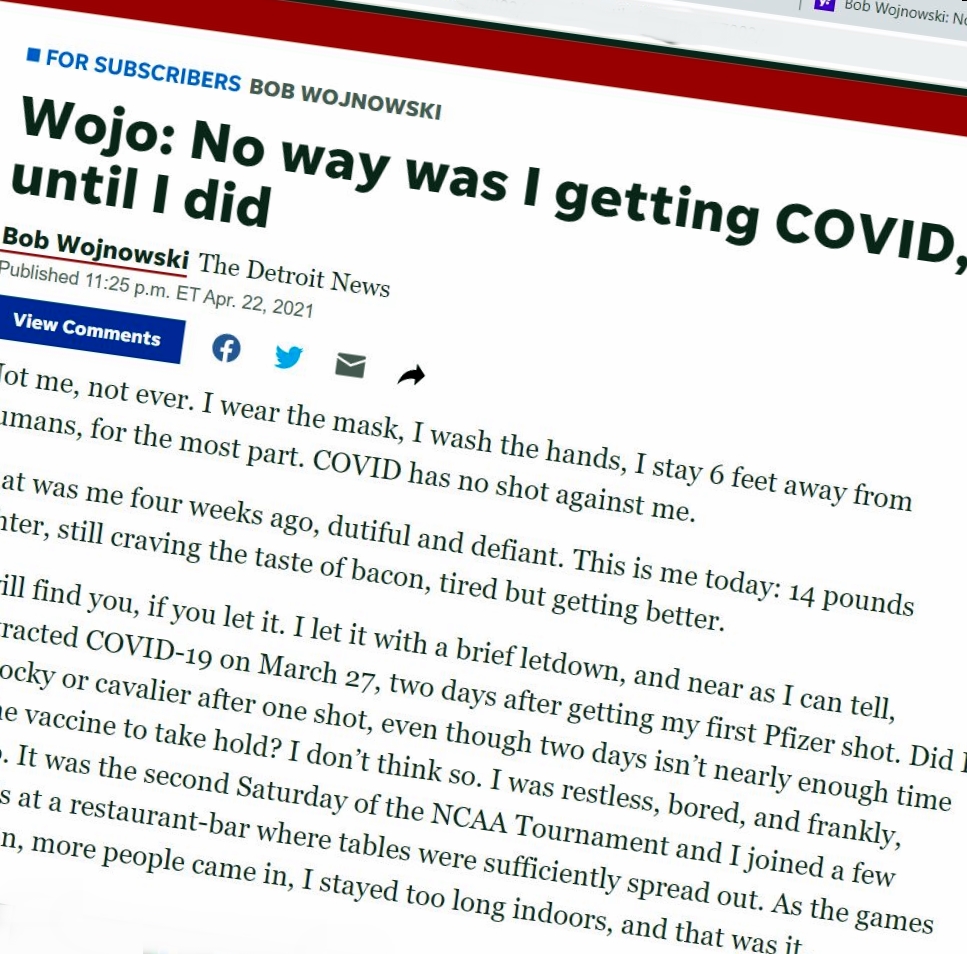 Wojnowski assumes he was exposed during "a brief letdown ... on March 27, two days after getting my first Pfizer shot."

Did I get cocky or cavalier after one shot, even though two days isn't nearly enough time for the vaccine to take hold? I don't think so. I was restless, bored, and frankly, dumb. It was the second Saturday of the NCAA Tournament and I joined a few friends at a restaurant-bar where tables were sufficiently spread out.

As the games went on, more people came in, I stayed too long indoors, and that was it.

I blame no one but me. Not the governor, not the government, not the CDC, not the bar, none of them. They made the mandates and recommendations, and the rest is on us. On me.

The recuperating sportswritrer, who describes sleeping 12 hours a day, ends with this advice: "You may think you’re immune, but having tangled with the damn thing, I say with as much energy as I can muster, you don't want to mess with it." 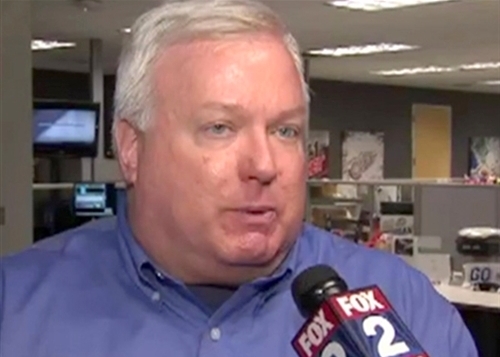 Limiting that to paying customers stirs these outsiders' reactions on the paper's and columnist's Twitter feeds:

​► No payall here, ever, but you can support our reporting by becoming a Deadline Detroit member for as little as $3 per month.