The writer revisits a change, begun in the early 1960s, when black students from Royal Oak Township attended junior high and high school in Oak Park, then  predominantly Jewish. His column is republished with permission. 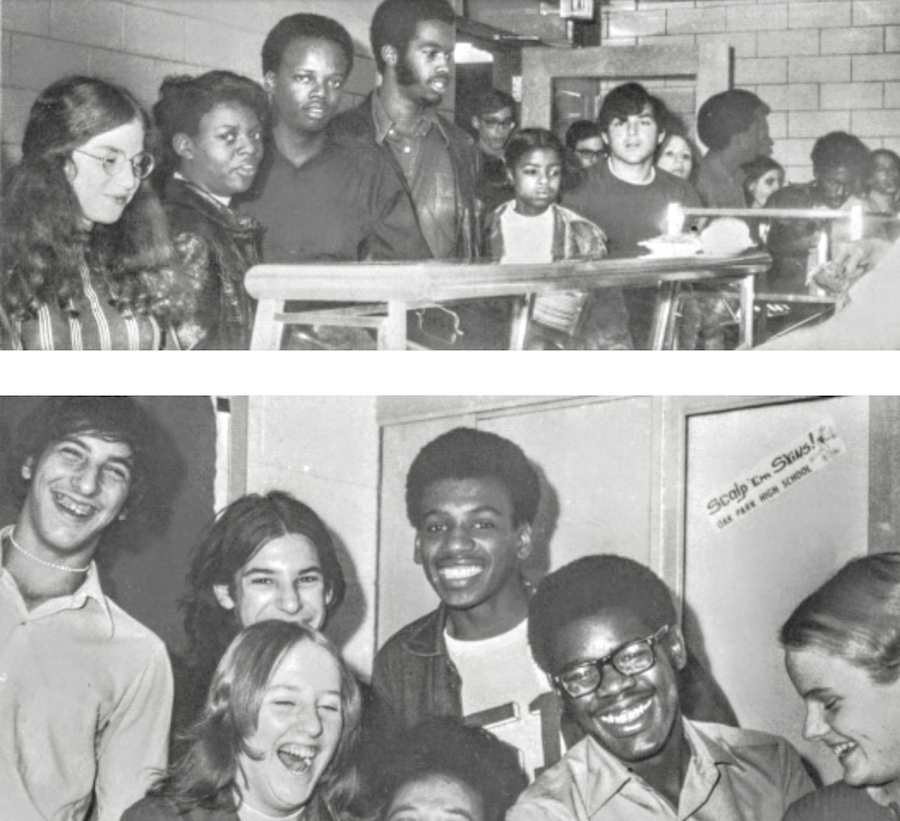 Robert Brown recently shared memories of Oak Park High School. Robert and I graduated in 1973. Aside from the sentimental stories about high school life, Robert touched on a topic which, even to this day, has not been fully examined: the racial integration of Oak Park Schools.

A half-century on, it’s time for former Oak Park students and staff — Black and white — to reflect on their experiences to try to make some sense of what those well-intentioned policies accomplished, if anything.

Did the Oak Park School Board have a team of experts to guide the integration plan? Who were they and what credentials did they possess? Was the team itself integrated? What kind of training did they recommend for the teachers and administrators, and were those recommendations actually followed?

Indeed, their task was formidable.

My friends and I thought nothing of it. Our minds weren’t preoccupied by past racial inequities or interventions to overcome them. Our world was pretty much consumed by sports, music and girls. It’s not that I was unaware that large and serious issues were out there — the Vietnam War was raging at the time — but between trying to learn how to throw a curveball, memorize Beatles lyrics and check out if any girls liked me, my waking hours were pretty much fully occupied. 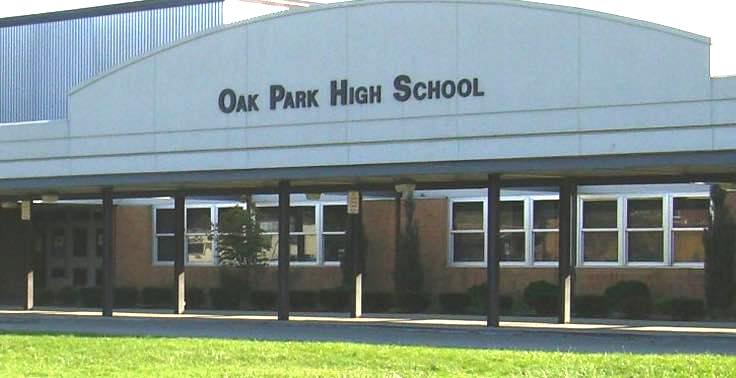 We were too happily immersed in our safe suburban shtetl to worry about much of anything. Take me to Candy Cone or Dairy Queen and I was about as content as a 12-year-old kid could be.

But then, without preparation, junior high school arrived. For the first time, we experienced integration up close and personal.

I remember seeing my buddy Greg Bernhardt in the cafeteria on the first day with his arm around his first Black friend, Ronny Montgomery, and yelling to me: "Look at my new friend!" They both were smiling so broadly that I couldn’t help but think that this new integrated world just might be an easy and seamless transition for everyone.

Man, was I wrong. Over the course of junior high and high school it became obvious that we — all the kids — were caught up in seismic racial changes that neither we nor the "adults" were the least bit prepared for.

There were indeed many positive and enriching interracial experiences. Genuine friendships developed; some of us went to each other’s houses and spent time with each other’s families. Some played sports and formed lasting bonds. Others interacted by indulging in drugs, particularly pot, which was widespread. It was not uncommon for some of the Black and white kids to have lots of laughs and fun together. Some of the best parties I ever attended were at "The Township."

But all those interactions hardly masked the deeper rifts right under our feet. Our worlds were different, quite different.

The white students were mostly Jewish, college-bound kids from two-parent homes and middle-class backgrounds. Many (not all) of the Black kids had non-college-educated parents with less economic stability. These differences often led to misunderstanding, resentments and fights.

Some kids — Black and white — were just out of control. Certain white kids were quick to instigate trouble, particularly some of the "greasers" who seemed to relish a good hallway or playground brawl. Many of the white kids — especially the "Hebrew bus" crowd — weren’t interested in that. But the fear of a violent "riot," as we called it, seemed to always hang in the air, ready to erupt at any moment. It kept students, teachers and the security staff on edge.

And some Black kids seemed to enjoy threatening the white kids or shaking them down for small change, as if it were some kind of sport. Others just made a full-time career out of being outrageous.

Often, I have to admit, I was pretty amused by some of the antics, but other times it was downright insanity.

I recall an archery class on the football field. To my amazement, the gym teacher handed us bows and arrows and had us aim at the targets in the end zone. Chaos ensued when some of the Black kids thought it would be hysterical to aim for each other and actually started flinging arrows at the fleeing crowd. People frantically scattered, some laughing, some screaming, and I just stood frozen at a safe distance away), frozen, thinking that my high school had officially lost its mind.

The teachers, though well-meaning, were little help (after all, they’re the ones who handed bows and arrows to the kids). By the end, to me at least, the overall sense was that we were on our own; it was "Lord of the Flies" on Oak Park Boulevard. Maybe we'd get lucky and escape unscathed, or maybe we’d get drawn into a fight or assaulted in the bathroom.

Integration of Oak Park Schools, despite noble intentions, failed. Despite the positive moments, the truth is that the vast majority of Black and white kids mostly stayed to themselves, as was evident each day in the lunchroom.

Today, Oak Park High School is 97% nonwhite with standardized test scores among the lowest in the state.around

Caught in a Vortex?

So what went wrong? Could the board have done anything differently? Or were we all just swirling in the vortex of that turbulent time?

Professor Eddie Glaude, chair of African American Studies at Princeton, says that despite all the progress America has made in terms of race relations, we’re still "walking mysteries" to each other.

Perhaps, but just because the mystery persists, that doesn’t mean we can’t yet solve it. And what better place to start than going back to school?

Now is the time for those of us who lived it — Black and white, on either side of our 50th reunion — to engage in a dialogue based on our lived experiences and, to use vocabulary we didn’t have back then, implicit biases.

Let’s seek to solve the mystery of each other together. Students, teachers, parents, staff, administrators — please send your candid recollections and reactions to us at oakpark@nu-detroit.com.