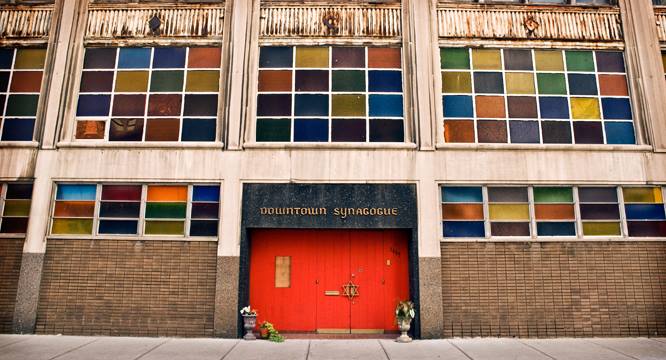 It bills itself as the last free-standing synagogue in the heart of downtown Detroit.

Now, after nearly 60 years on Griswold, the Isaac Agree Downtown Synagogue plans a $4.5-million renovation, with $4 million already raised, reports the Detroit Jewish News. The synagogue began in 1921, a century ago at a house on Rosedale Court in the city's North End.

Construction is scheduled to begin in October after the holidays and be ready for a grand reopening just in time for Chanukah 2022. The capital campaign, which continues through this fall, is possible thanks in part to major gifts from the William Davidson Foundation, The Jewish Fund, the Max M. and Marjorie S. Fisher Foundation, the Gilbert Family Foundation and the D. Dan and Betty Kahn Foundation.

Renovations will increase the footprint of the five-floor building from 12,000 to 15,000 square feet, potentially providing office and conference room space for other Metro Detroit Jewish agencies such as the Jewish Community Center, Hazon and the Jewish Federation of Metropolitan Detroit.

It will be topped off with a rooftop garden/event space for everything from weddings to social happy hours. IADS President Vadim Avshalumov said the synagogue’s renovation plans reflect its growing focus on social justice and Jewish community building and is based on other movements such as IKAR in Los Angeles and Mishkan in Chicago.