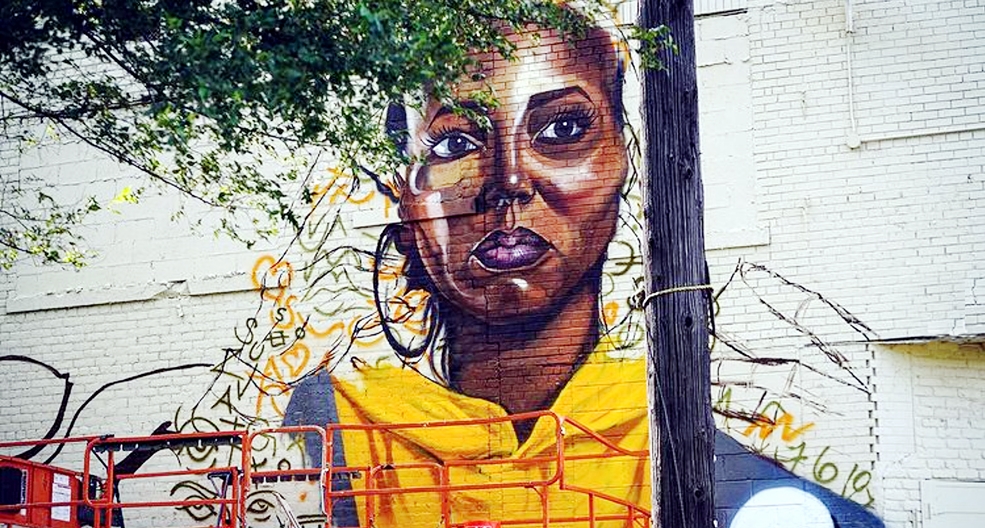 Posters for a one-week mural festival say it starts Saturday, but local and visiting artists already spray paint on bricks.

The goals are to support street art creators with participation fees and visibility, while drawing attention to the North End to "ignite interest in the area as both a residential and commercial destination," organizers post at the inaugural event's site.

In contrast to most mural festivals, they add, "seventy-five percent of the participating muralists and event producers are Black and/or people of color, mirroring the demographics of the city." Painters from Brooklyn, Boston, Chicago, Memphis and Denver get lodging, meals and transportation stipends. 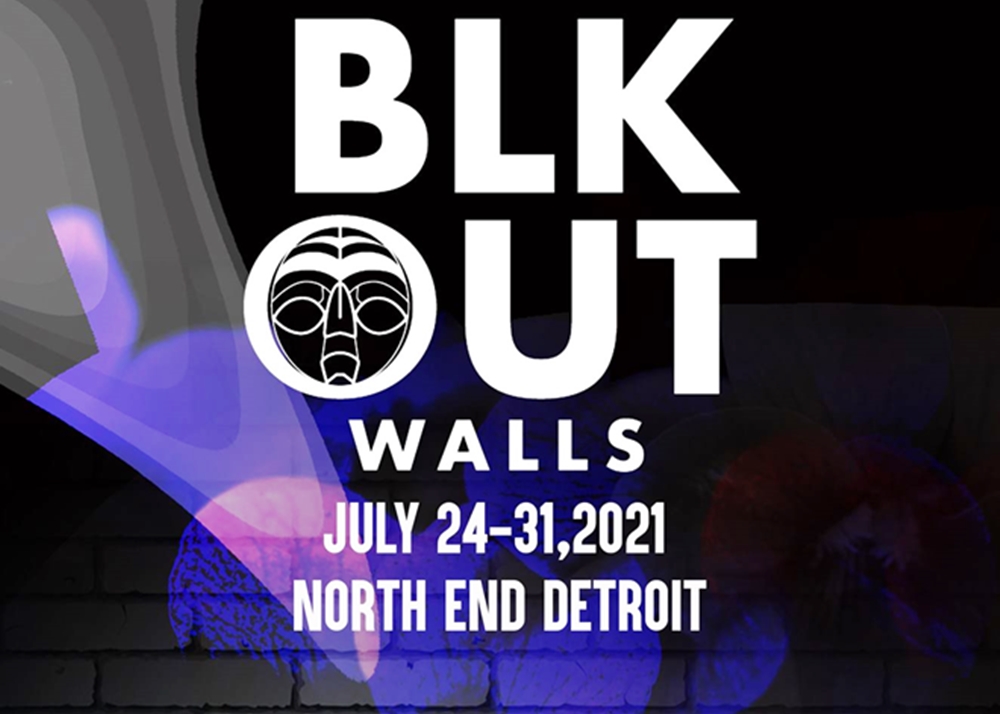 The founders are Sydney G. James of Detroit, Thomas ("Detour") Evans of Denver and Max Sansing of Chicago.

The festival ends with a July 31 street celebration from noon to 6 p.m. at the Chroma Building, 2937 E. Grand Blvd. -- which James brightened last September with a nine-story mural called "The Girl with the D Earring."

Below are photos of early activity, shot by Lamar Landers for the festival. They show that "the BLKOUT Walls team did NOT come to play," as James posts on social media. 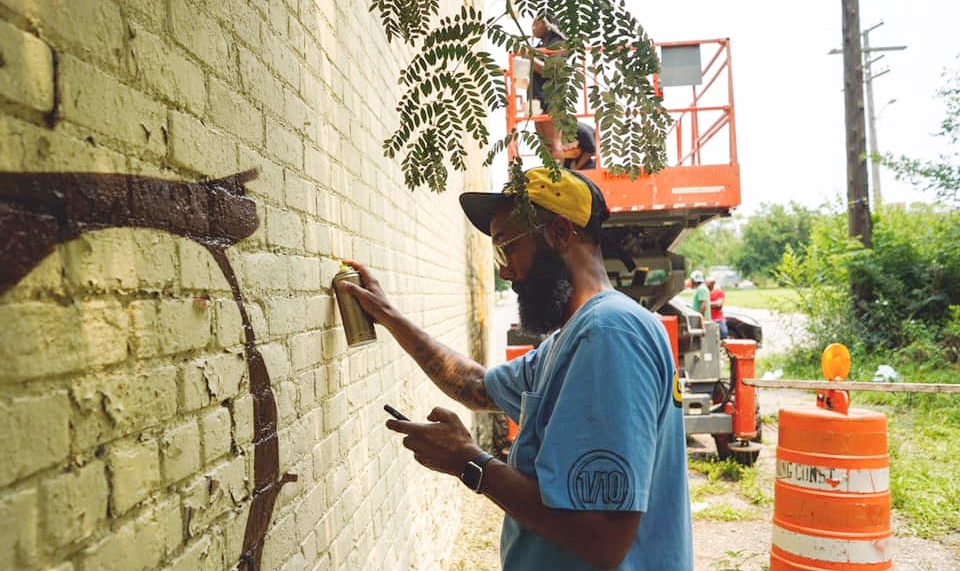 Rick Williams of Detroit is working with Sydney G. James, who's on the lift at rear and in the next image. 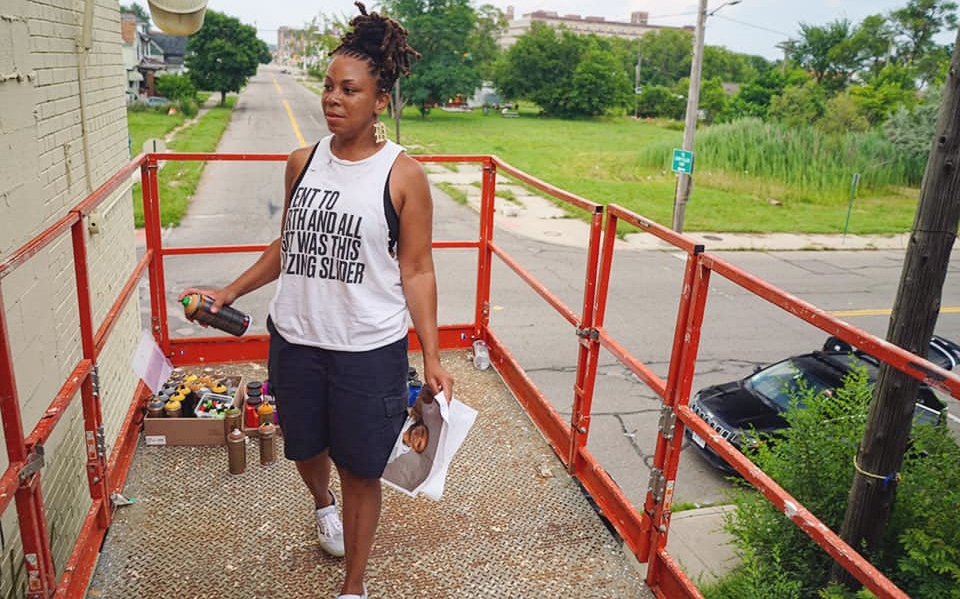 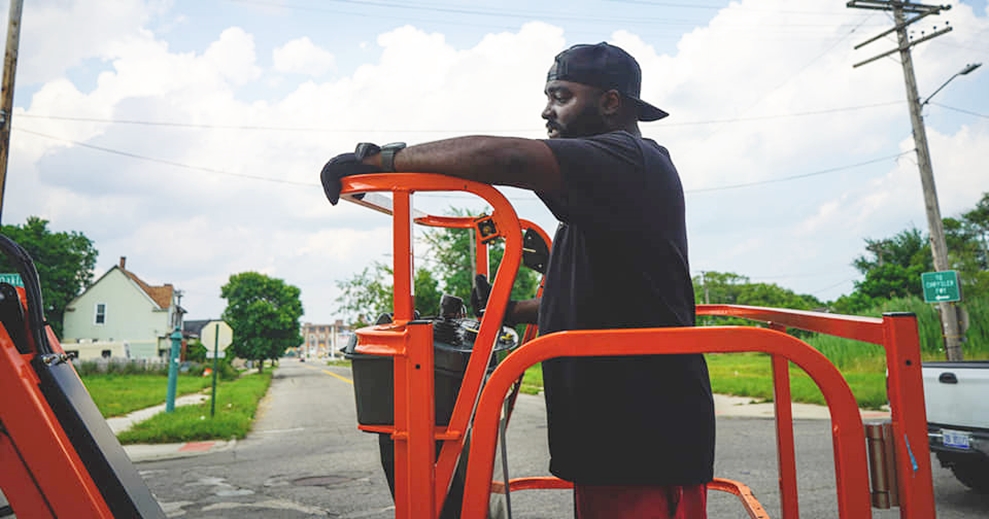 Max Sansing of Chicago, one of the event founders, is working at 7809 Oakland Ave. (east side of building). 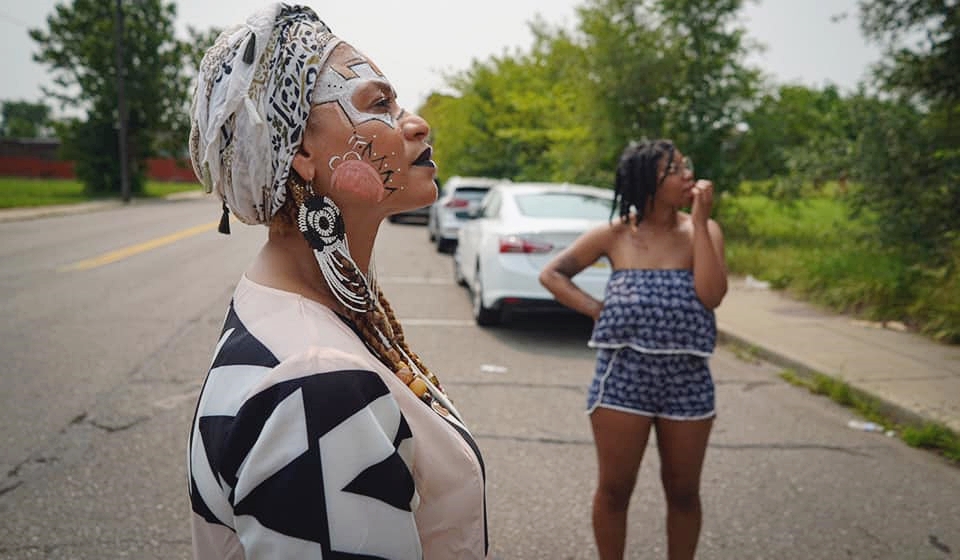 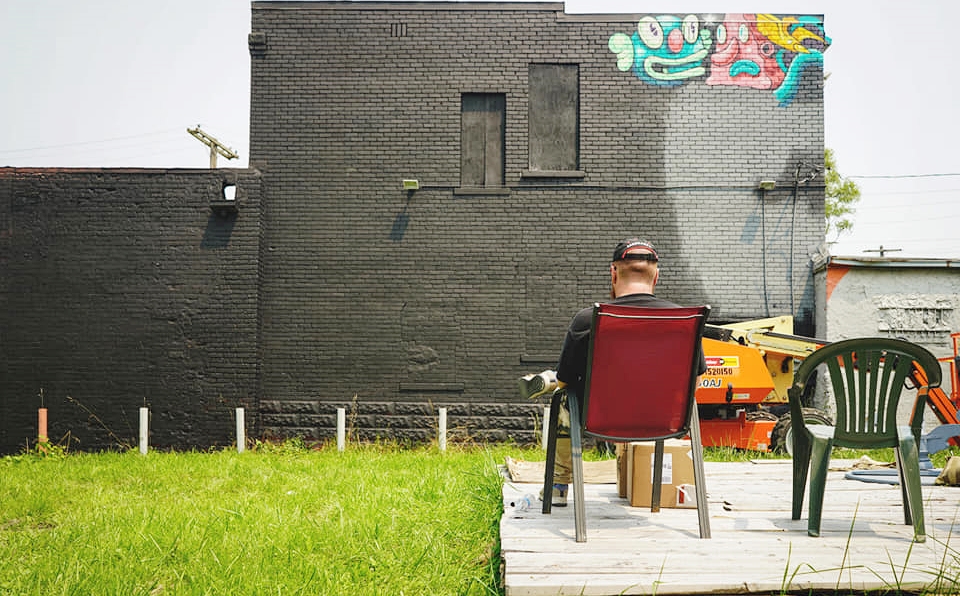 Michael Roy pauses near the start of his East Milwaukee Street project.