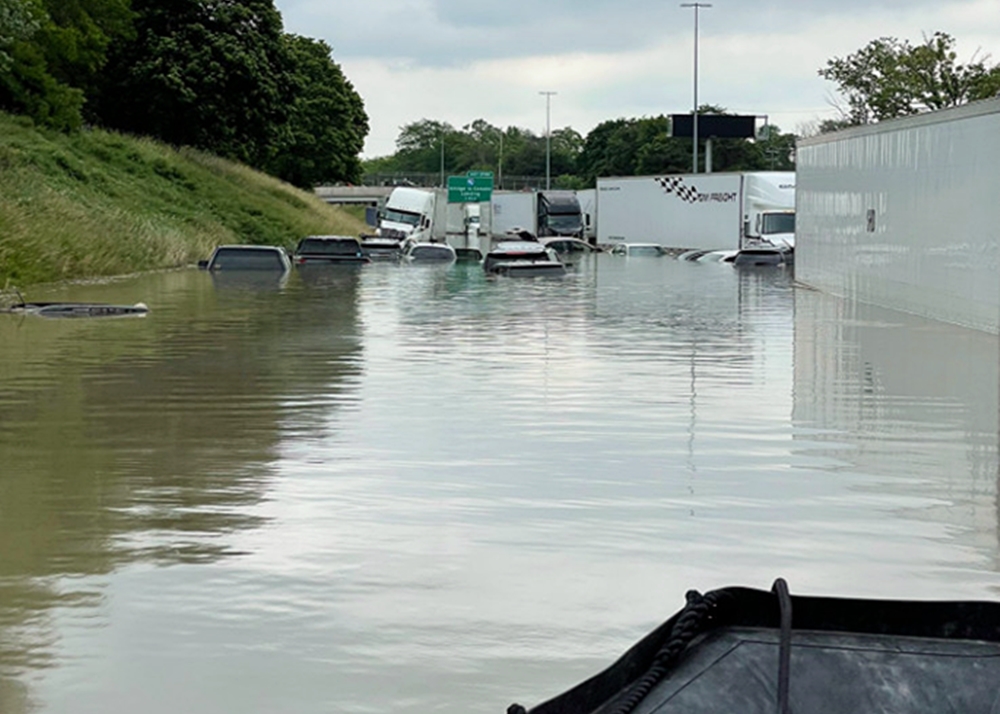 In accepting the resignation of Great Lakes Water Authority CEO Sue McCormick Wednesday, the authority's board went over the timeline of the disastrous June floods, which are being blamed on badly maintained pumping stations, plagued by power failures, that could not handle the torrential rainfall that came overnight June 25-26. Whole neighborhoods in Detroit, Dearborn and Grosse Pointe were inundated, with combined sewage flooding basements and causing millions in damage.

Bottom line: McCormick's staff believed that even partially out of service, the pumps could handle the predicted rainfall of 1.5 to 3 inches. However, more than twice that amount fell.

The Free Press covered the meeting:

Employees and lower-level supervisors had been aware of the outage at Freud three days before the storm. But McCormick has said she only became aware of electrical problems at the pumping station the morning of the storm.

...GLWA has acknowledged electrical problems hampered two of Detroit's east-side pump stations run by the authority during the June storm: Conner Creek and Freud. But McCormick, in the days after the storm, had emphasized that the flooding was chiefly caused by an intense amount of rain, more than 7 inches in some areas.

"The operational team believed that the pumps at Freud and Conner Creek pump stations would be sufficient to convey the expected rain," Suzanne Coffey, chief planning officer, told the board Wednesday. "As the rain event unfolded and became more intense, GLWA team members worked diligently to operate the stations and to convey flow."

All that work was for nothing, however, and now the GLWA is facing lawsuits based on its failure to maintain the pumps. The board did hire an attorney to oversee an investigation into exactly what caused the catastrophic breakdowns, as well as a firm to conduct it.