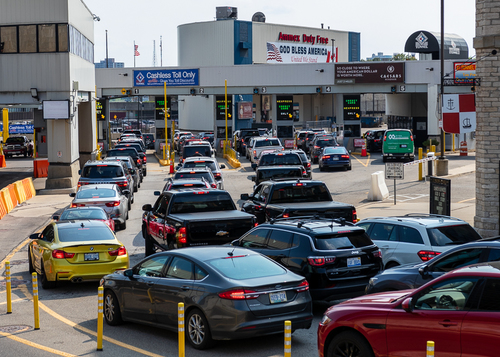 Chris Aylward, president of the  Public Service Alliance of Canada, issued a statement expressing relief that the "government finally stepped up to address the most important issues for our members to avoid a prolonged labor dispute.”

A contract dispute with Canadian border workers created bumper-to-bumper traffic Friday for truckers and other essential travelers at the Detroit-Windsor tunnel and bridge.

Canada Border Services Agency (CBSA) employees are participating in a work-to-rule action while they try to obtain a new contract.  This form of labor protest means workers stick strictly by all rules and hours, generally reducing output and efficiency. In this case, traffic jams resulted.

“Commercial traffic should expect long lineups and delays at the border as our members start work-to-rule strike action across Canada,” the Public Service Alliance of Canada tweeted on Friday. “We've been at the bargaining table all night and morning and will provide updates ASAP."

The action comes days before vaccinated Americans will be allowed into Canada for nonessential travel, a policy change taking effect Monday.

Deadline Detroit went to the border Friday afternoon for these photos. 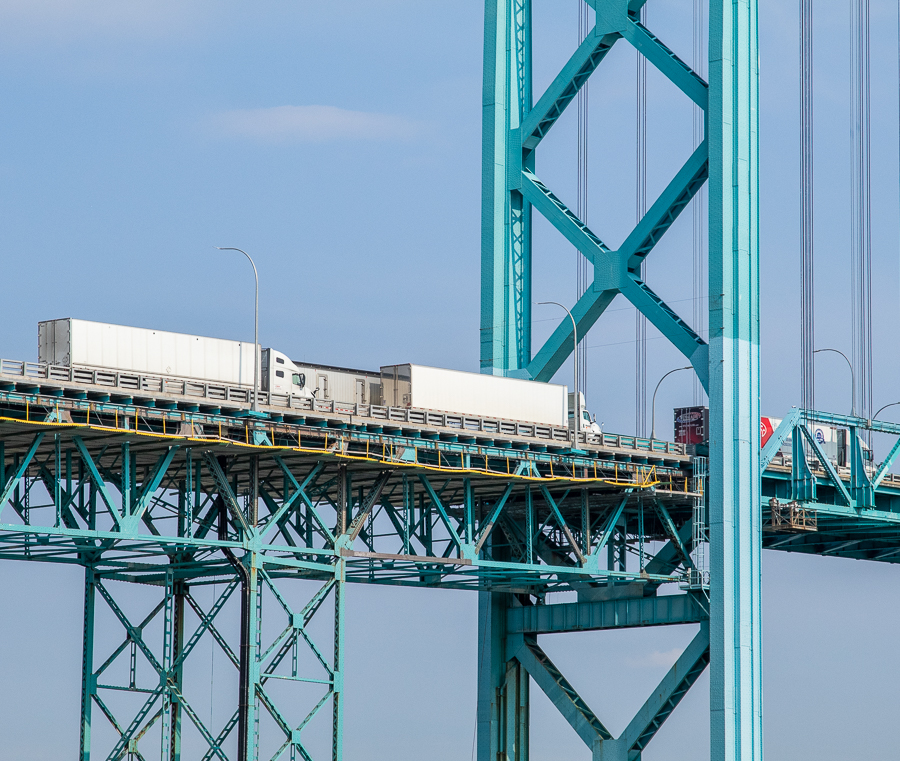 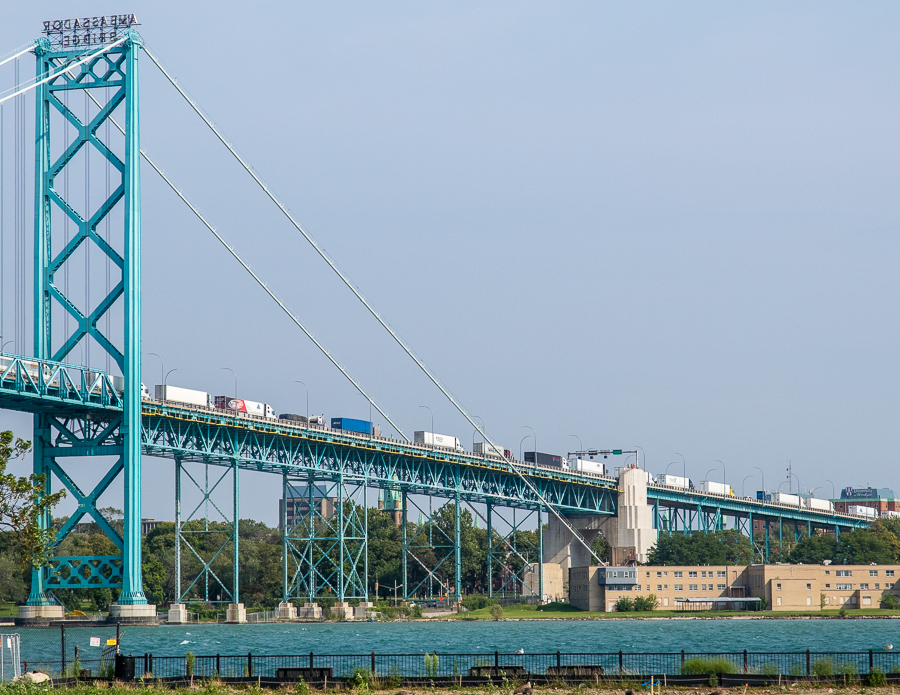 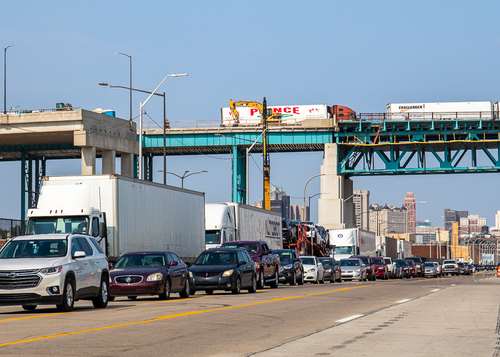 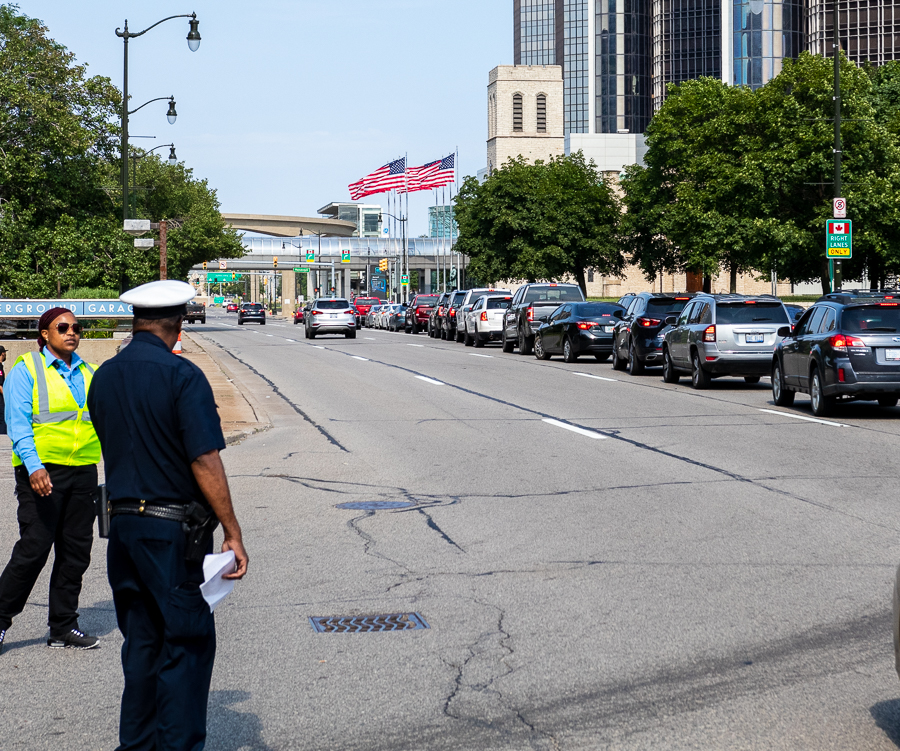 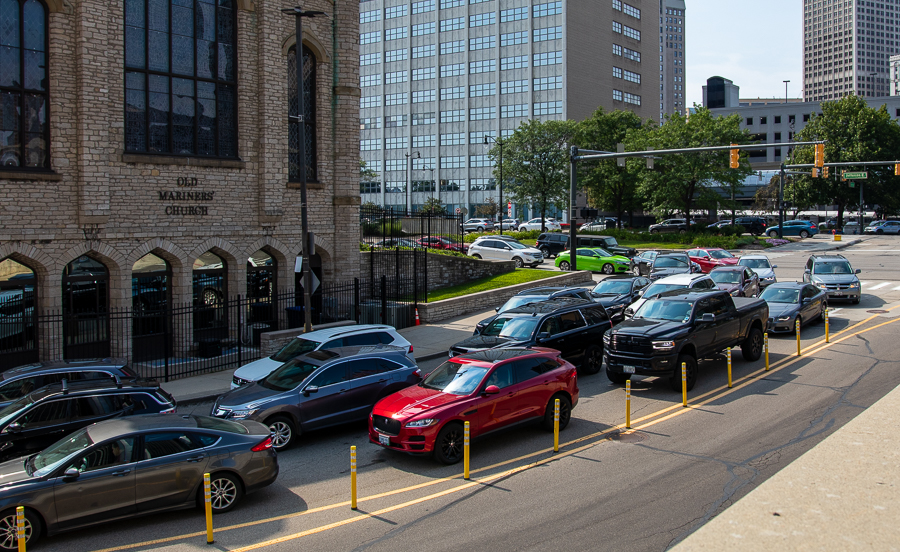