Talk about staff shortages, here's a head-spinner: Detroit has roughly half as many bus drivers as in early 2020. 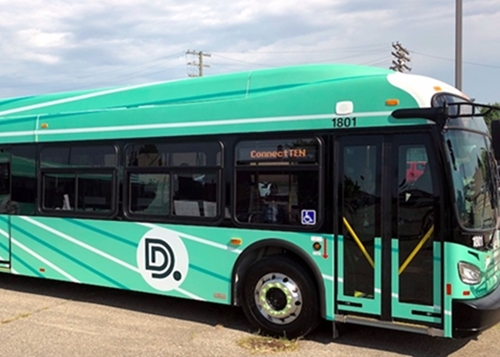 So it's no surprise that riders sometimes wait hours for a coach to arrive, Aaron Mondry posts Tuesday at Outlier Media, a local "service journalism" site.

A mass exodus of bus drivers from the Detroit Department of Transportation (DDOT) is critically hampering service, causing many buses to never even leave for their scheduled route. Prior to the pandemic, there were around 530 drivers on staff. Now, DDOT says, there [are] only 270.

Mikel Oglesby, executive director of DDOT, told Outlier that the department is about 80 drivers short of where it needs to be. DDOT hired five drivers in June—the first new drivers since the pandemic started. ...

The pullout rate—which is the percentage of buses that leave the station—was 57% in the afternoons for June this year. In other words, nearly half of all buses never even started their scheduled route.

Service in the mornings was better, with a 77% pullout rate. According to DDOT, two years ago, the pullout rate was 96%, meaning almost all buses ran their route.

The bus line is "aggressively going after more operators" thanks to the American Rescue Plan Act, its director tells Mondry.

DDOT is slated to receive more than $134 million.

City bus drivers earn $14 to $23.18 an hour, plus benefits -- notably lower than in Chicago, where the transit authority this summer announced openings for over 400 part-time drivers at $23.44 to $36.06 an hour, plus paid training and benefits.

Detroit prospects can learn about the job and apply here.