Calling the e-scooter industry competitive is like saying the weed dispensary market seems a bit crowded. 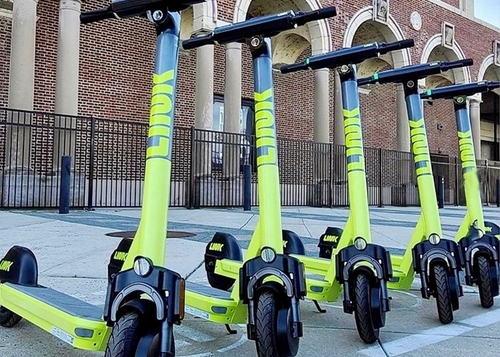 The silver-and-bright-yellow scooters are activated by smartphone and work similarly to Bird, Lime and Spin scooters in that riders can just park them most anywhere when done. Another brand in the city, Boaz Bikes, has blue scooter-like vehicles with seats for riders and a basket. ...

Rides on Link scooters cost $1 to unlock and 39 cents per minute. The company is temporarily waiving the $1 unlock fee to celebrate its local debut. Detroit residents who receive local, state or federal assistance can qualify for cheaper rides.

The year-old company, based in Massachusetts, claims its brand is more rugged than rivals and less likely to break down. It has three independent braking systems.

Detroit is its first Michigan site, following launches in Cleveland and Columbus, Ohio, as the only other Midwestern locations.

Users can download the free app via Google Play, the Apple Store or Aptoide.