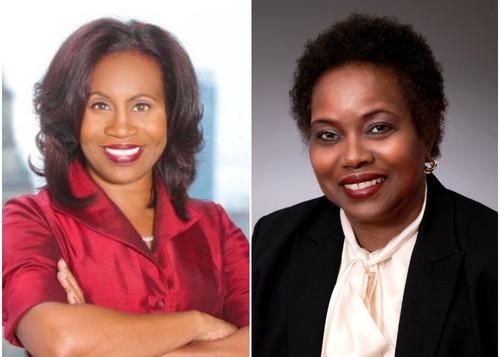 Two leading candidates in Detroit's municipal elections owe tens of thousands of dollars in taxes, in part to the city of Detroit, the Free Press reports.

Detroit City Clerk Janice Winfrey, who is running for reelection this fall, faces liens on her family's home because of nearly $65,000 in unpaid taxes, including debt to the city of Detroit.

An Internal Revenue Service federal tax lien filed in January lists close to $54,702 in debt for (Winfrey and her husband) between 2015 and 2019, according to county records. A state tax lien filed in April lists $8,290 in income tax debt and another $1,440 debt in Detroit income taxes.

The Winfreys' liens came to light during a background check by the Free Press of Detroit candidates running for mayor, city council and city clerk in November's election. Another candidate facing a large debt is Mary Waters, who is running for an at-large Detroit City Council post. She owes nearly $28,000 in property taxes on her Detroit home, according to the Wayne County Treasurer's Office.

Winfrey handily won her primary election in August. She's seeking a fifth term in the race against Denzel McCampbell, a staffer for Rep. Rashida Tlaib and a former Detroit charter commissioner.

Waters, meanwhile, is an ex-state legislator who is polling second in her race for an at-large Council seat, ahead of Councilmember Janee Ayers, who had her home and offices raided by the FBI in August. The top two vote-getters will earn spots on the nine-member body.

Winfrey did not comment to the Freep about the financial difficulties, but told Deadline Detroit she's on a payment plan with the IRS for the debts.

"I owe, I’m paying," she said. "One of the entities my husband works for didn’t take enough taxes out and we typically do owe at the end of the year, but we pay them. And this has nothing to do with my ability or skill to administer elections in the city of Detroit."

She declined to discuss the matter further.

The Winfreys also faced previous difficulties in 2009, when the Free Press, citing court records, reports the city sued them over $11,000 in unpaid city income taxes, resulting in the garnishment of the clerk's wages in 2012.

Asked to clarify, Detroit corporation counsel Lawrence Garcia said that available records show payments were made after a garnishment action, but that his office was unable to find "any record to indicate whether the ... payments came in the form of personal checks or payroll deductions."

Waters used her predicament to liken herself to Detroiters, saying she's among "thousands" struggling to pay their property taxes.

In a written statement, Waters said she has struggled to keep her property while fighting breast cancer and bank officials whom she described as fraudulently attempting to foreclose on the home. She said she is trying to get on a payment plan to deal with the tax debt.

Waters separately has a bit of a rap sheet, and was in 2010 convicted of a misdemeanor stemming from her acceptance of a $6,000 Rolex watch in exchange for a political favor.