One of three pins on Rep. Daire Rendon's pocket flap caught a reporter's eye at a Michigan rally by Donald Trump partisans seeking a 2020 election audit.

The "Republican from Lake City wore a button to a rally outside the Capitol Tuesday that featured an American flag with a gold 'Q' on it, a letter that has become a symbol for a right-wing conspiracy theory movement," Craig Mauger posts at The Detroit News. 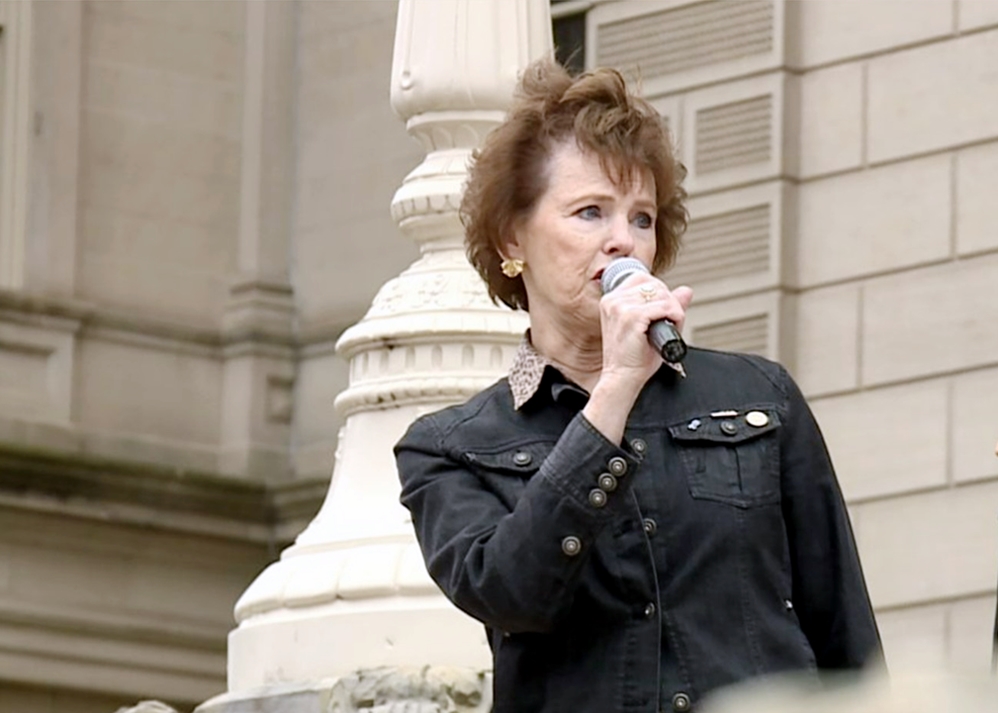 The letter is shorthand for QAnon, which "has been described as a cult with roots in antisemitism and Nazism," according to Wikpedia.

Rendon, a third-term legislator from Missaukee County in mid-Michigan, chairs the House Insurance Committee. She spoke to several hundred people at the three-and-a-half-hour rally organized by a group called Election Integrity Fund & Force.

Mauger writes that "Democrat Joe Biden defeated Trump by 154,000 votes or 3 percentage points in Michigan, an outcome that's been upheld by dozens of past audits, a series of court rulings and an investigation by the GOP-led state Senate Oversight Committee."

During her speech, Rendon questioned why others don't want to see "evidence" of election fraud in the 2020 vote. In an interview, Rendon said the evidence shows that voting machines were "accessible" and could have been hacked.

About 60 Metro Detroit students are on weekly Covid 'clusters' list