The Anonymous Cop: Death Doesn't Haunt Me -- Until It Does

This is the latest column by a veteran Southeast Michigan police officer who’ll be identified after he retires in the next few years. He answers reader questions and provides perspective on police issues.
Send questions to anonymouscop@deadlinedetroit.com. Follow him on Twitter and Facebook.

By the Anonymous Cop

Every year at this time, when the Halloween decorations come out – think graveyards, skeletons, ghosts -- at least one person asks how many dead bodies I have seen.

Or they want to know “What’s the worst dead body you’ve seen,” or even “Do you have scary dreams about cases?”

Every year. Without fail. Someone asks. 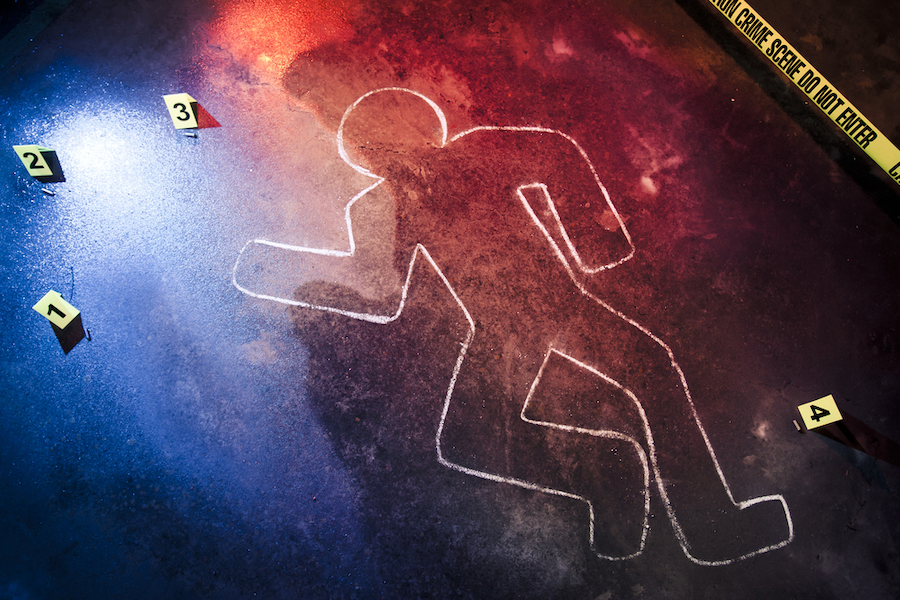 Maybe this answer will prevent other cops from being asked these questions, because they’re not fun:

I have seen so many deceased people that I can’t even guess on a number. And I have seen them in every condition possible.

I say that because most people think dead people are like you see on TV or at a funeral: all intact and just looking like they are sleeping. Sometimes it is like that but not often.

I have seen burned bodies, crushed bodies, shot bodies, stabbed bodies, drowned bodies and decomposed bodies -- every way a body can be. But honestly, they don’t bother me. They never have.

To me, the person who they were is gone. What is left is an empty shell. It’s not the friend, relative, neighbor, co-worker … the human being who was part of a family or interacted with people in myriad ways, who may have lived well or had a troubled existence.

Now, because bodies really don’t bother me, I admit to having trouble remembering most of them. The vast majority of bodies I’ve encountered in my 20-plus years as a cop all just blend together.

That said, some stand out. The one that was so decomposed we had to use a snow shovel to put it in a body bag.  Some of the more graphic suicides by train or gun. (With those, you have to watch where you stand at the scene.) The homicides where you can tell someone was fighting for their life and didn’t win. You feel their fear and their will to live.

But considering the impact of being around death as a police officer, it’s not just what we see. What most people don’t realize is that for every dead body there is a smell. All dead bodies that I’ve seen have a corresponding dead smell.

A dead human has a certain smell that your mind knows is a dead human being and not another animal. Characteristics vary, based on the extent of decomposition.

After every new officer comes across her or his first dead body, I ask them what they thought of the smell. They all say they knew it was human and not an animal. I can only guess that it is some deep-seated primal instinct we still possess that somehow helped our ancestors survive.

Again, those don’t bother me. I find it interesting in a way. It is all a part of our mortal existence.

What people never consider when they ask me about bodies is that they are not always adults. Everything I have already described I have seen happen to children. It’s not as often but it happens, obviously.  Although I have never been to a child death that was decomposed.

For each death that happens, there is someone alive.  It may just be someone who reported finding the dead body. There maybe someone who caused the death. There are other people needing to be advised of the death, the next of kin.

When I’m asked about a dead body, I also think about the times I’ve had to notify people that someone has died. That is hard news to deliver.

One time was during a Christmas party where the entire extended family and friends were at the house. My partner and I had to interrupt a presumably happy family gathering to tell the homeowner that her uncle had passed away in a neighboring city. She was distraught, of course.

My partner later questioned our timing of giving such sad news at a happy event. I told him if the party hostess had loved her uncle so much, why wasn’t he at the party?

What I won’t ever forget, what will be with me when I finally pass from this earth, is the sounds I’ve heard from people when they learn of the death. The worst one is the wail that a mother makes when she finds out her child has died. I really can’t describe it. It’s the sound of an emptiness that can never be filled. That’s what haunts me.

So if you if you know a police officer, a firefighter, paramedic or soldier and you want to ask them about the dead bodies they have seen, please don’t. They’ve seen them, they may be haunted by them, they probably don’t want to talk about them.

Please keep sending your questions and I will answer them as honestly as I can. It’s anonymouscop@deadlinedetroit.com

About 60 Metro Detroit students are on weekly Covid 'clusters' list