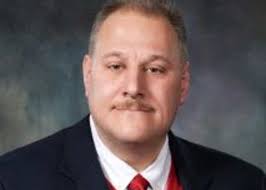 Warren City Councilman Eddie Kabacinski, who's no stranger to controversy and trouble, was arrested Wednesday on a misdemeanor charge after refusing to to wear a mask in the TCF Center in Detroit.

The councilman ignored demands by Detroit Police to wear a mask. He was handcuffed and booked at a local precinct, The Macomb Daily reports.

“The councilman was taken into custody for trespassing at the TCF,” Rudy Harper, a second deputy chief of media relations for the department, told the suburban paper via email Thursday.

In August, the councilman was arrested in Utica at a Trump rally for operating without a peddling permit while selling Trump-related items.

A year ago, he was charged in Macomb County with impersonating a public officer and assault and battery. Authorities alleged that he chased and handcuffed a woman who put Black Lives Matter stickers on some Trump yard signs.