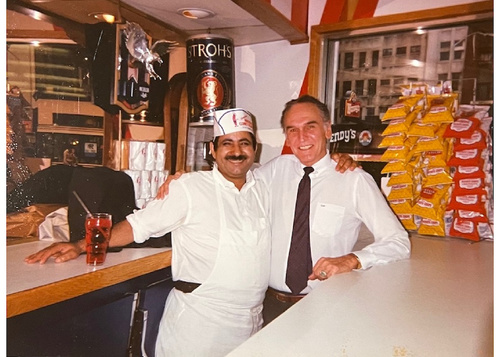 Chuck Keros, the dapper, high-living proprietor of the American Coney Island restaurant, who popularized the iconic chili dog by expanding into the suburbs and shopping malls of post-war Detroit, died last week. He was 88.

The cause was complications of Alzheimer's disease, according to his daughter Grace. He was buried in Grand Lawn Cemetery in Detroit near the right hand of his father.

It was Keros' father, Gust, a Greek immigrant, who invented the sausage dog topped with meat sauce, a food staple that has become synonymous with Detroit.

The year was 1917, and Michigan had become the first state in the union to ban alcohol. That's when Gust Keros cooked up a plan that would change regional cuisine forever. He opened a speakeasy and gambling parlor in the basement of his hat cleaning and shoe shine shop at Michigan Avenue and Lafayette Boulevard.

The coney dog was concocted to keep the hungry patrons eating and drinking, making him the Midwestern version of the Earl of Sandwich.

Chuck Keros was born in 1933, attended high school at University of Detroit Jesuit, then shipped off to Ann Arbor in 1950 to become a dentist. It was the same year that shopping mall developer Alfred Taubman founded his real estate company. 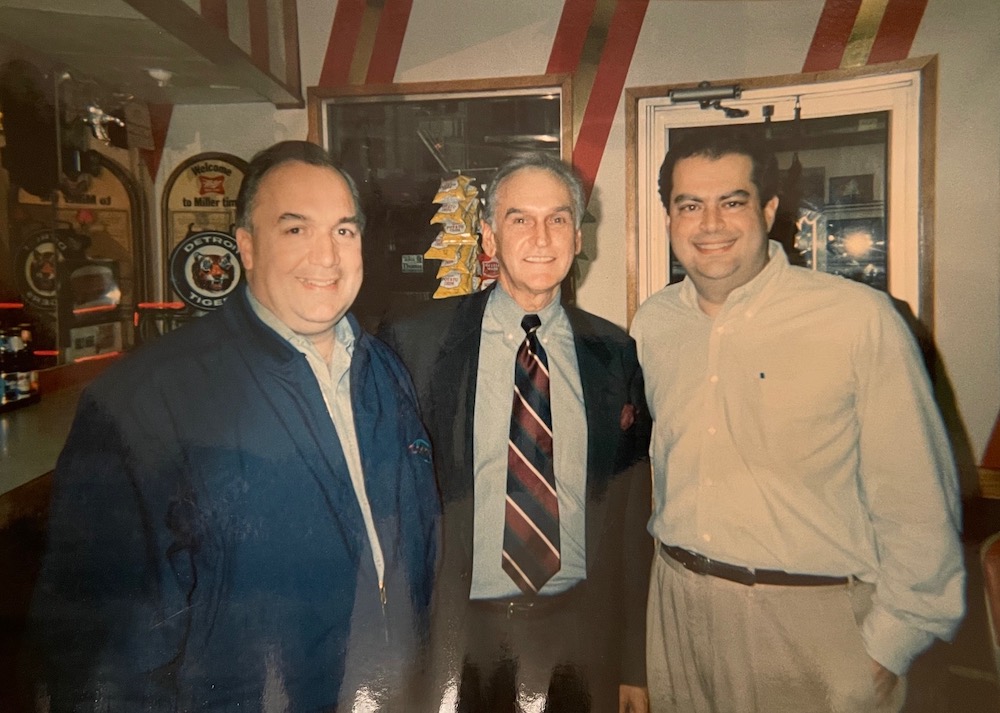 Souring on the study of oral hygiene, Chuck dropped out of the University of Michigan in 1952 to join his father in the restaurant business.

With a rapid exodus to the suburbs, and shopping and eating habits changing, Keros and Taubman teamed up. Soon a series of coney island diners appeared in the malls. It made both men wealthy.

But Chuck Keros' heart was always in the Detroit shop. He continued to work the grill most afternoons, dressed in a suit and pressed shirt, a diamond on one finger, a turquoise stone on another; a two-tone Rolex on one hand, a ladling spoon in the other. He would later introduce chili fries, the loose burger, 24-hour dining. Always cash. Never credit.

One beer, one dog 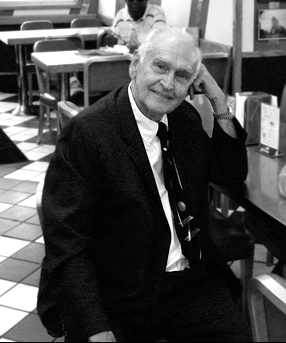 Among his drinking family were Mayor Coleman A. Young and news anchor Bill Bonds. The three could often be seen drinking in the Coney Island late into the night. He and actress Carol Channing would paint the town red whenever she was in town for a live show.

Though he was acquainted with British royalty and friendly with American pop stars, Keros understood where he came from and where his bun was buttered. He was quick with a buck or a meal for a hungry man. He never closed the store. Not in 1967, when the city erupted in an orgy of fire and civil discontent. Not in 1968, when it burned again in the wake of the murder of Dr. Martin Luther King. Not in 1984, when hooligans ran wild, setting fires after the Tigers World Series win. Chuck Keros retired in 1990. The company is now run by his daughter Grace and son Chris.

With all due respect to the hundreds of dukes and duchess, there was only one Coney King.

If any proof need be, consider that Keros' funeral cortege was escorted by a phalanx of Detroit police officers who blocked off the downtown intersections around the restaurant so that the King might make a final loop.

The guys from Lafayette

As the hearse idled outside, the family of Chuck Keros stepped in for a dog and beer in his honor. Even the guys from Lafayette Coney Island next door came in with their eyes down, their hands out, offering the family a kind and sincere acknowledgement.

It was a subdued scene, to be sure, but not a sad one, the family certain in the knowledge that the Almighty serves loose burgers and cold beers in heaven.

► Support our commentary and reporting by becoming a Deadline Detroit member for as little as $3 per month.