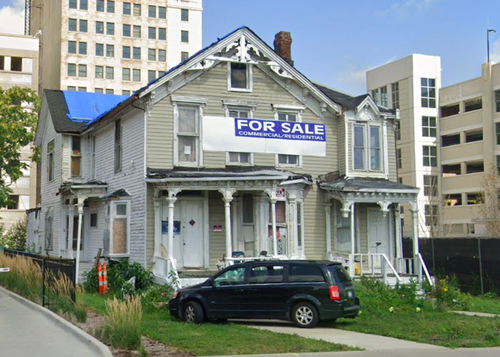 The blighted house beside Little Caesars Arena was for years on the market for millions and at risk of being condemned by the city amid an ongoing battle over code violations. Overnight, it was reduced to a pile of rubble.

2712 Cass burned down in a 4 a.m. Monday fire whose cause is unkown, Crain's Detroit Business reports. It was for sale for $2.5 million.

In 2019, a judge ordered the house's owners to demolish or get it up to code by 2020, after the city sued over blight violations. A city spokesman did not immediately respond to a request for an update on the case.

According to Crain's, the house had received at least 67 blight tickets since 2009.